Riders of Icarus is the new MMORPG from the Korean company Wemade. In the homeland of the game, its release took place back in 2014, it appeared on the European market in 2016. Finally, in Russia, the time came for Ikarus to go online. The local company 101XP undertook to localize the game in the domestic market. It was the choice of the publisher of the game that caused great indignation among gamers who still remember the failure with the localization of the online game Bless. We hope that the worst expectations will not come true, and Icarus Online will be a worthy novelty of 2017. On July 21, MBT games took place.

Ikarus has the following advantages: original storyline, epic bosses, traditional character classes, fascinating dungeons, various mounts, including flying ones, an abundance of fights and mass battles not only on the ground, but also in the air, 30-story instance, developed economy and much more. Special locations are reserved for PvP, there is a combat arena, battles over territory, influence and valuable resources periodically occur.

Russian players are now available in five game classes: berserker, assassin, mage, guard and priest. The sixth archer has already been added in Europe, and the seventh grade has appeared in Korea with a recent new update. It is worth noting that each class is represented by both male and female characters, and this is a definite plus. The heroes look great: a shining magician, a powerful fiery red berserker, a majestic guard ... And not to mention how impressive the armor looks on female characters - it is not surprising that most prefer to play as “girls”.

Let's talk about the schedule ... Alas, the small budget of the project is visible to the naked eye. The engine is not the newest, so the graphics in detail leaves much to be desired. However, the world as a whole looks good. When at about the 8th level of leveling you will be given a flying mount and sent to a huge city, you will be amazed at how picturesque the game universe and the city seem, in particular, from a height of flight. But what is especially pleasing in the design of the game is the lack of Chinese, which many gamers already have scary dreams. The project is quite suitable for the European and, accordingly, the CIS community. We don’t need giant sparkling butterflies and hats for Assassins in the form of carrots?

Is far from the most important component of the game, but still play without a plot, you see, is not comme il faut. After registering and creating a character, you will find yourself in prison, from where you have to escape. But here you will not succeed in getting to know the character’s background, understanding how he ended up behind bars, what his goal is and what to do next. Everything revolves around some kind of kidnapped princess, who will have to look for a half-game. Although the semantic load of the introductory part of the game is weak, we must pay tribute to the gameplay: the first 10 minutes of the game are extremely epic, even the graphics look better than in the main locations. Epicness is achieved thanks to the spectacular escape of brave heroes, flying on Pegasus, landing on a flying Fish-ship, battle and shipwreck again ... Breathtaking!

And then comes a rather boring gameplay. You run through monotonous forests, kill mobs, complete light quests, and sometimes plot clips are included. Who likes a quiet monotonous farm, you can enjoy these gaming moments, but impatient and thirsty action players will be bored to death. The main thing is not to abandon the game at this stage and get to the main feature of Icarus Online - taming and fighting in the air. 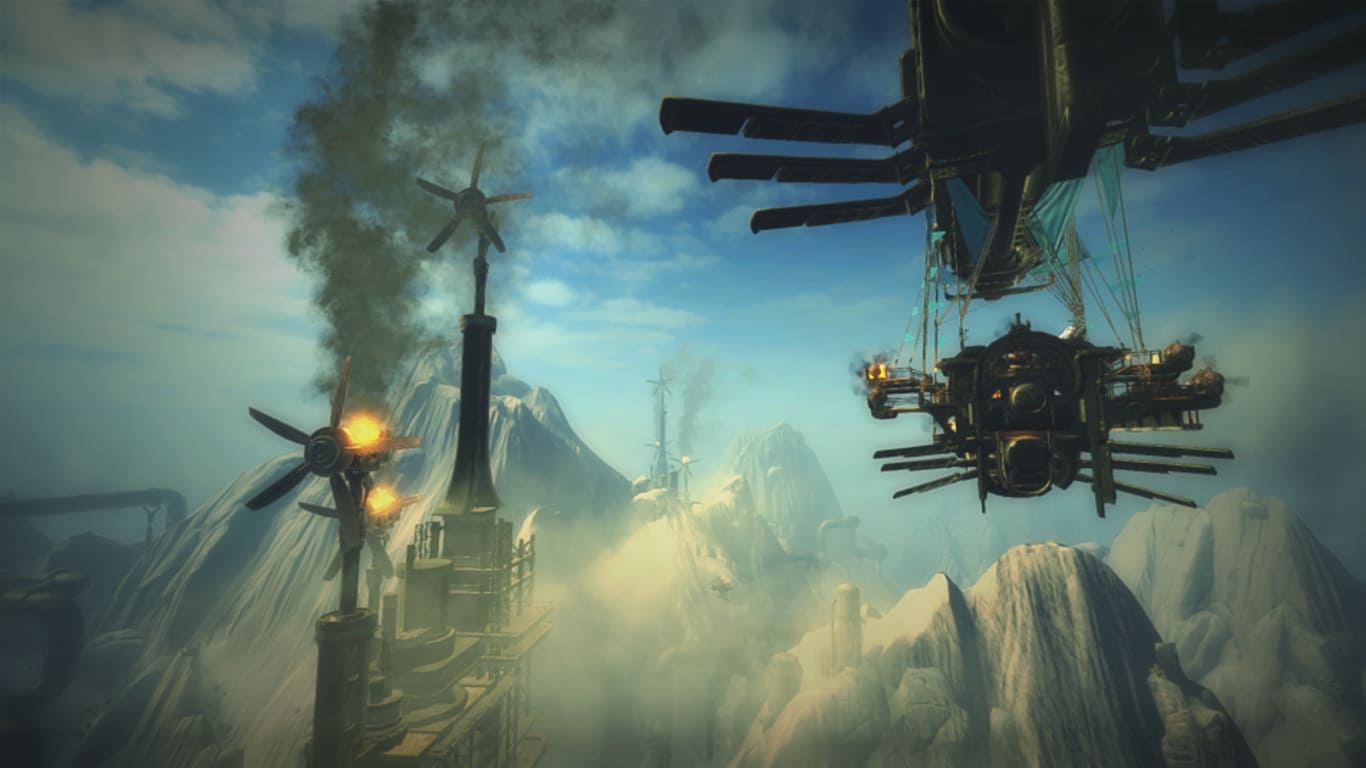 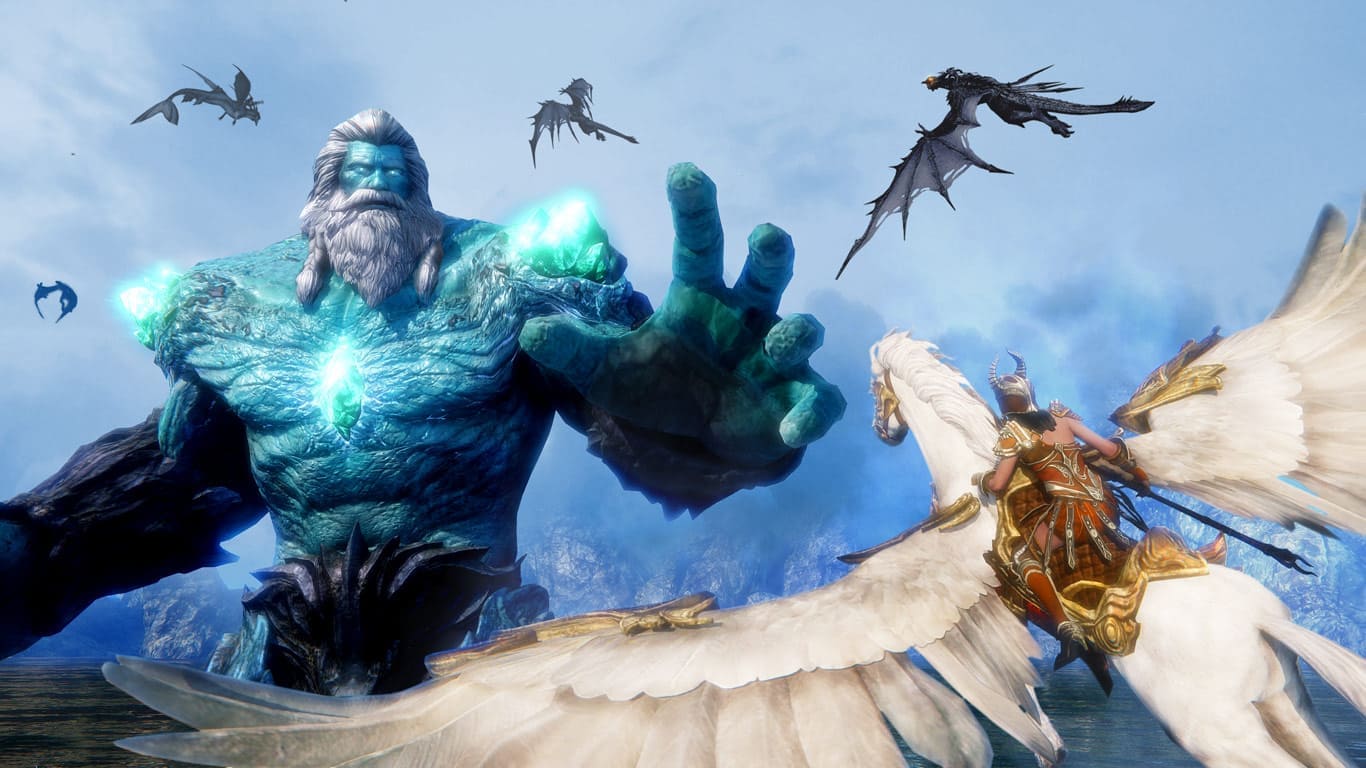 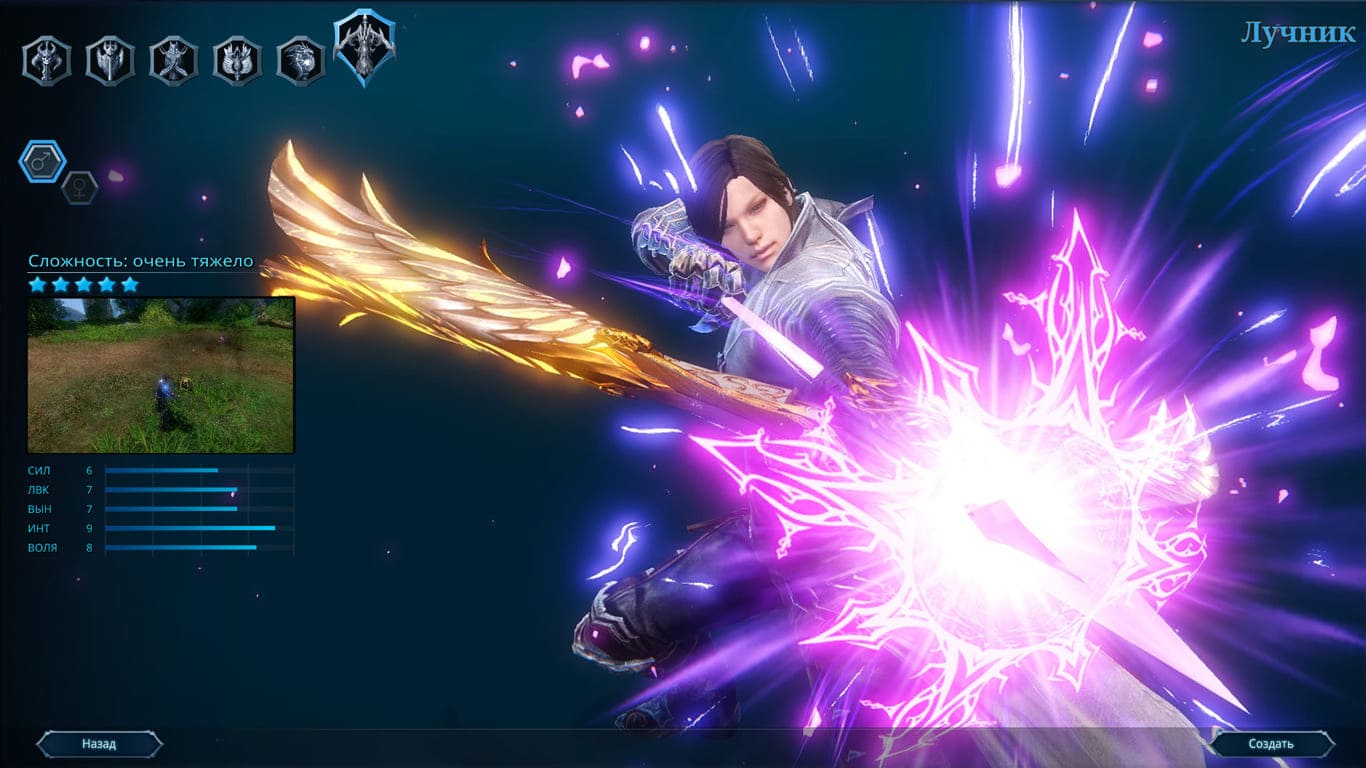 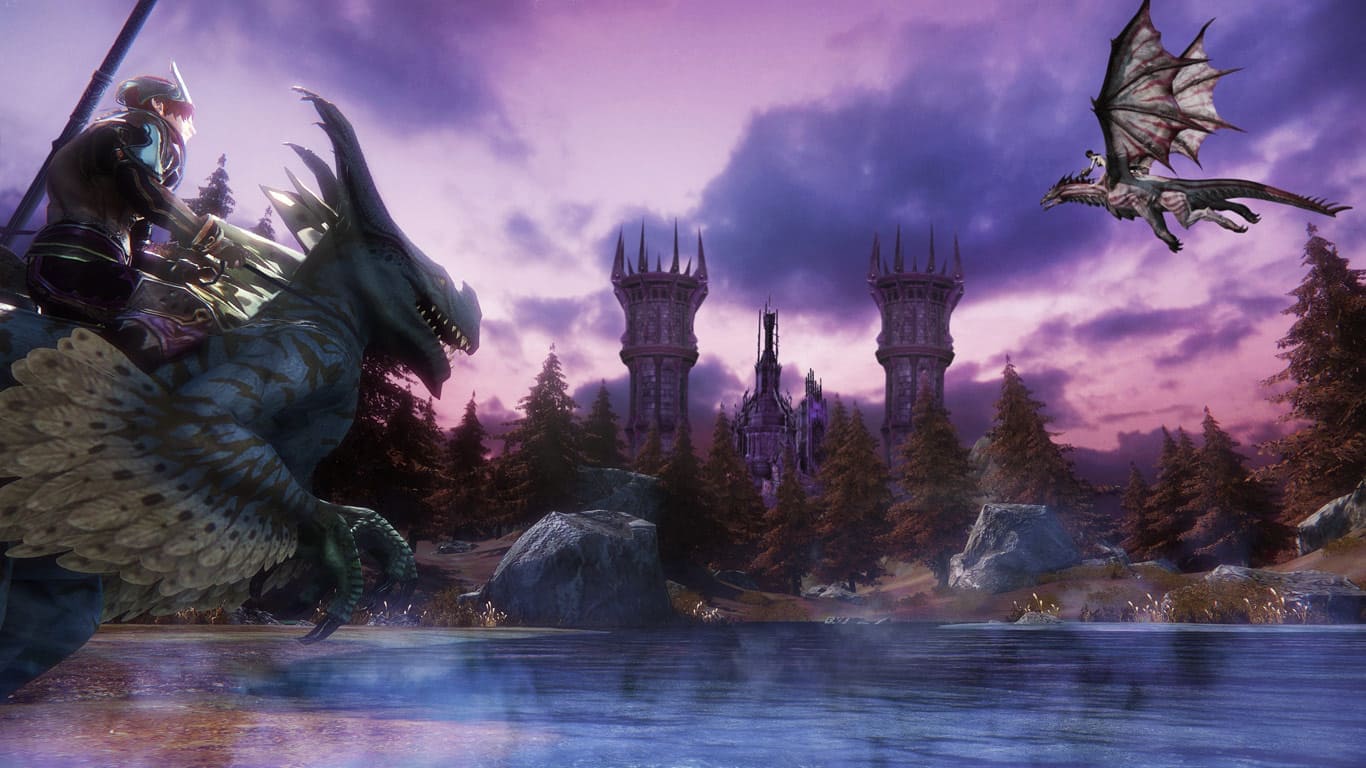 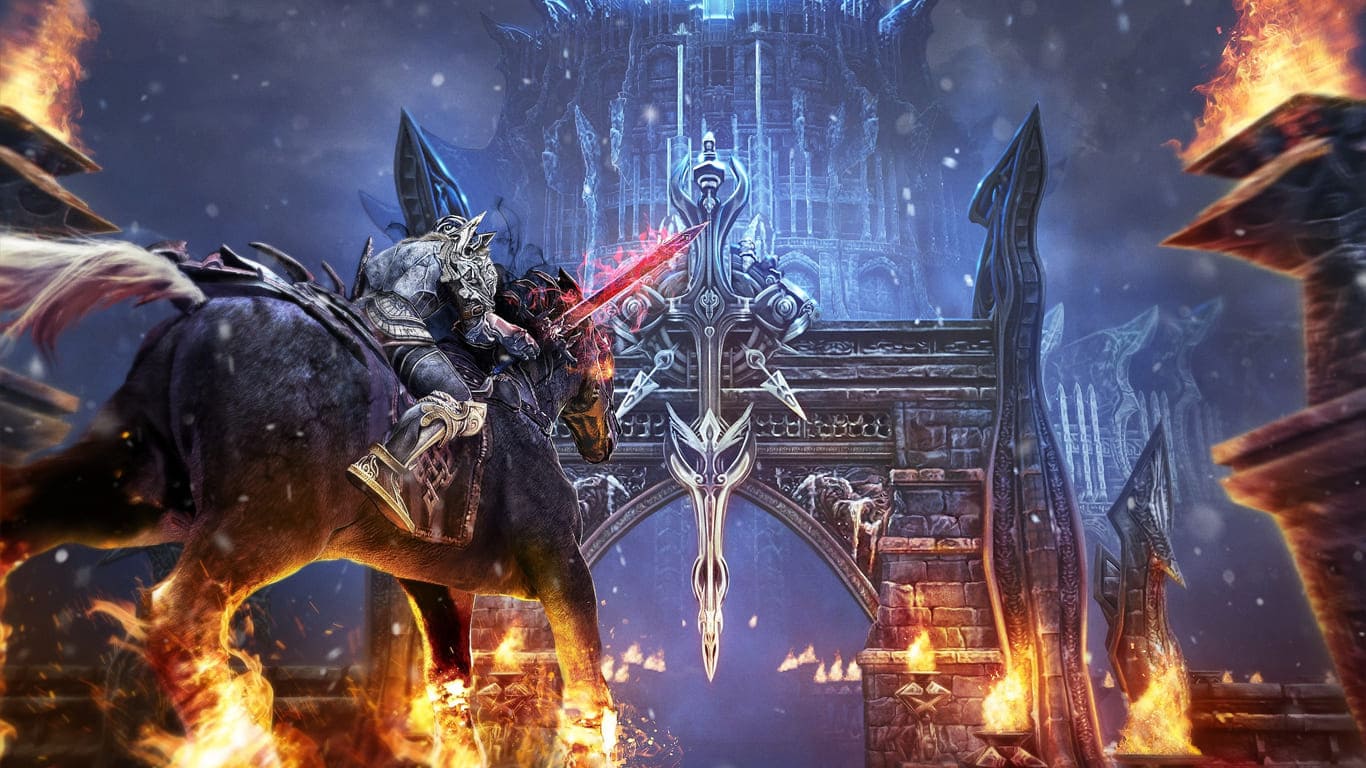 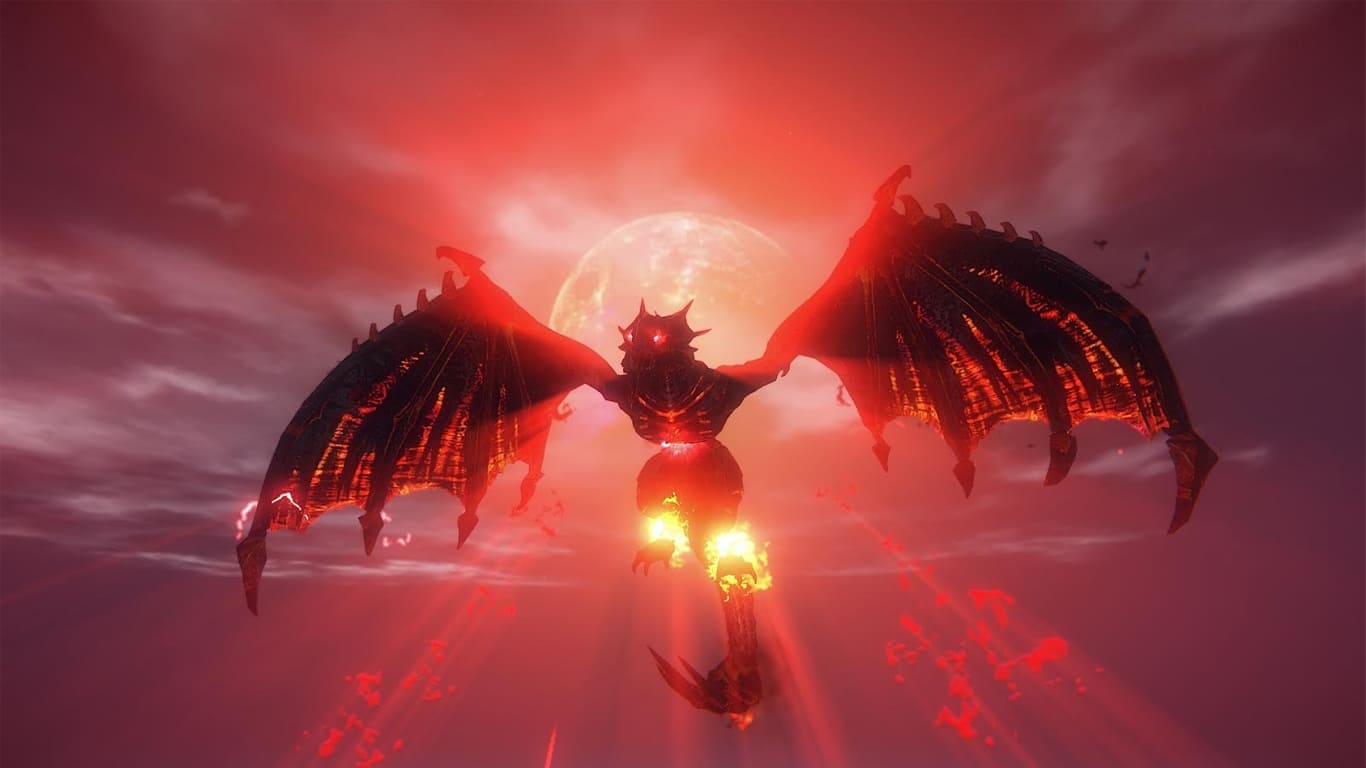 In Ikarus Online resembles MMORPG Bless Online, but the mechanics of fishing and other aspects are much more interesting. Mounts are beautiful and bright, no three-legged strange creatures for you, so it will be a pleasure to tame them. First you will succeed

ride a unicorn, then you have to fly on a huge flaming phoenix, and there are already close to air battles. The game has unique mounts that you can always buy for Ikarus online gold.

Is usually what most gamers enter the game for. If we talk about MMORPGs focused on PvP, then it is worth highlighting Tera Online. Ikarus online also promises us exciting battles and alliance wars, but it’s too early to say whether they will be able to compete with the events of the legendary online games.

Of interesting fights, it is worth noting the battle for the mana stone, but it is available to players who have reached level 30. The winning team receives worthy rewards, including personal and team bonuses and prizes.

The war of alliances is particularly widespread, the side that first killed a thousand opponents wins here.

There are games where donat does not solve anything, there are also those where donat is completely imbalanced. Ikarus Online is something in between, purchased game values ​​will significantly reduce pumping time, help sharpen equipment without fails, and will allow you to purchase a beautiful gear or useful inventory. You can buy Ikarus gold in our game currency store. In addition to the gold in the game, the Elluns are also valued, which you can also purchase in Bendermoney, and then spend in the game or exchange for gold.

Riders of Icarus is unlikely to become a cult game and will earn the glory of Thera, BNS or the same Aion, not to mention Warcraft or the Ruler. But this does not mean that the game does not deserve attention. A month or two you can play it and get really bright and catchy emotions from the process.

The main
5 / 10
In addition to Gold Icarus, we sell any Items and services in the game, we pump your character to top.
This payment system has limits: RUB , USD , EUR , UAH
Promotion Information
To continue, choose the more convenient to pay.
Enter the amount to buy
With commissions: rub
With surcharges: 0

Fill in the phone numberr.
Specify international format starting with +
Input AlphaClick`s Login
Enter Email for Purchase
Left 0 rur before discount 0%
Why do we need email?
Where can I get a promo code?
Enter your nickname to purchase
Risks
Volume discount:
5%
Discount price:
0.00 rub for 1 1.0 k Adena
Savings with discounts:
0 rub or 0
Checkout
Order things, pumping

Any weapon on request.
Check the price
356

Any item on request.
Check the price
356
There are no offers on this server.

Any weapon on request.
Check the price
356

Any item on request.
Check the price
356

Do you know where is cheaper? Write to us, we can deal with you.

Specify the server and the price, and when the cost drops to this level, we will notify you by email.

What problems we solve?

It is advantageous to buy Gold Icarus online from BenderMoney:

Thank you for your request, you are already in our database and we remember you