Asterios is one of the oldest Russian projects in Lineage 2. It was launched in September 2005. Today there are four high online servers. The total daily online can reach ten thousand players, and on siege and event days this figure can be twice as high.

The administration actively interacts with players in order to maintain their interest in the gameplay. The result was four game servers with different rates. On average, servers run once a year. After about a year and a half, they are combined into one. This is another important advantage of the project - the servers are not deleted, which means that all the achievements of the players are saved. What Asterios servers are presented today? 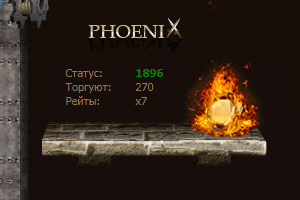 The newest Asterios X7 server, Phoenix. It was opened in September 2019. The average daily online is more than two thousand players, which provides an interesting game with a lot of interactions. Additionally, players can buy a Premium Account to increase their rates and gain access to additional features. Today, Asterios X7 is the most optimal server for those who are just planning their appearance on the project: high online and player activity will not leave anyone indifferent. 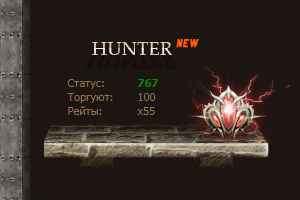 Project PVP server - Asterios X55, Hunter. An online store is available on the server, in which they sell a wide range of products that affect the balance of the game. You can buy one hundred percent points on weapons and armor. The server is perfect for players with money who want to remember what Lineage 2 is and quickly pump your character to high levels to participate in the PVP. 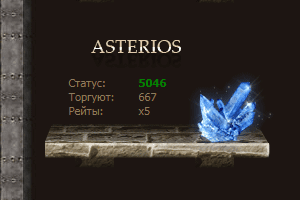 The oldest server is named after the entire project - Asterios X5. This is the server with the lowest rates and the highest online. However, the overall level of player activity is slightly lower than on the X7 and X55 servers. Most sits on the market in Giran, or is farming glasses on oli. Many players with high levels. This is due to the fact that the X5 server several times combined with other servers that sagged online. 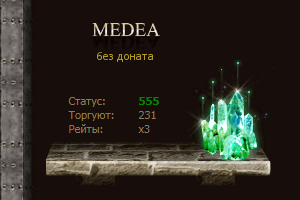 The server with the lowest rates and without donat is Medea X3. The main distinguishing feature is the complete absence of donut. The player will not be able to buy even things that do not affect the balance. However, the online server is quite low and rarely exceeds five hundred players, of which about half are on the trade.

And if suddenly you do not know where to buy Adena Asterios click on the link!