How to make money in Eve Echoes using mining.

The easiest way to get Eve Echoes ISK quickly.

On our website you can Buy ISK Eve Echoes within 7 minutes, just follow the link or write to the operator.

How and where to start mining ore?

To start mining, you need to get to the 4th technological level, get on the Ventura drilling ship, put on mining lasers and, in fact, start mining ore in one of the many asteroid belts. This can be done literally after a day of the game, because after the tutorial for joining any corporation created by players from EE, the player gets 500k unallocated skill points.

Pay attention to the tax: in the NPC corporation, the value of withheld funds from receipts to your wallet is fixed at 10%. In the corporation of players, the tax can be absolutely anything, so it is up to you to decide which is more profitable: stay here, or leave immediately.

Training Ventura is issued free of charge for fulfilling the conditions of the second task in the extended textbook.

Next, you need to board the ship and fly to the nearest trade hub. The game provides a large list of available flea markets, and the number of goods at each of the stations presented can be strikingly different.

As you know, Jita is almost always a safe bet. Therefore, we choose, for example, the station Jita IV - Luna 4 - Caldari Navy Assembly complex. Indicate it as the final destination and fly on autopilot.

Attention! Get ready for the merciless crush that is constantly observed at the gates of New Eden's most popular shopping stall. If you are unlucky to slip through the first time, no big deal: enjoy the spectacle. See how hordes of suffering capsuleers patiently await their turn as Jita. The fact is that at the moment the system has a limit for simultaneous visits in the amount of one thousand people. As soon as space becomes free, that is, when someone flies out of the system, one of those who want to get in slips inside. Therefore, just keep spamming attempts to jump through the gate and no later than in a couple of minutes you will certainly succeed.

Next, open the market, adjust the filter if necessary and in the category of large connectors click on "mining equipment". There are enough drillers on the market, the parameters of each of them are different, so do not be lazy to study and read the description of the modules.

A larger volume of production is desirable, but prices for large specimens may differ due to the general shortage of goods. Therefore, we buy two available drillers directly at our station.

The goods purchased by us automatically go to the warehouse. Next, we have to go to the ship rigging menu, select the unoccupied upper slot, then select the appropriate driller on the right side of the screen, and then install it. We perform similar actions with the second unoccupied connector. Done - You are now officially ready to mine. Of course, more drones, middle and lower modules could be stuffed into Ventura. 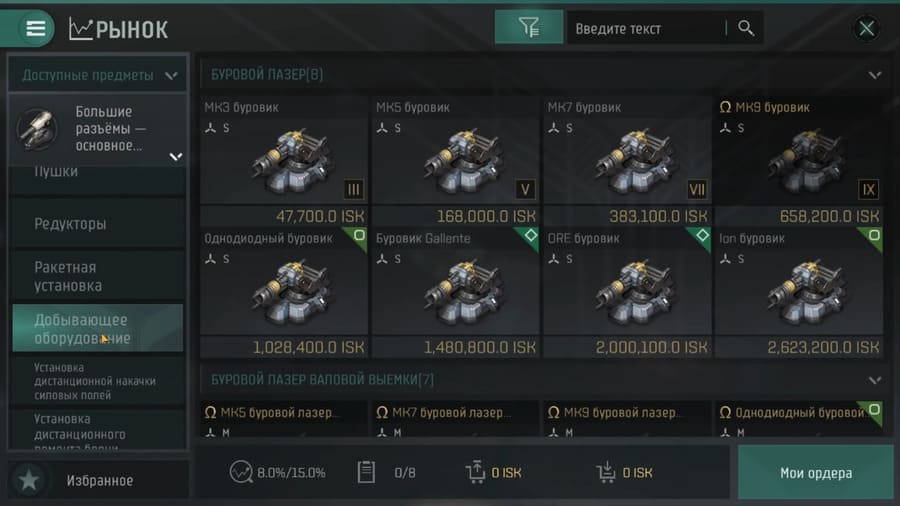 Next, dock at the station. Open the star map and choose any region. For example, the one where you are already. Select "Open map of the region". For a more comfortable digging, it is recommended to fly off at least a few jumps from densely populated and frequently visited systems.

Set the autopilot in the same way if you don't want to manually jump through the gate every time. When you reach the system you want, sort the right pane. Extraction will allow you to see all the asteroid belts around. Make a warp jump to one of them, and if no one has dug up the belt before, you will find yourself among many different asteroids. Having flown up to it and manually grabbing the sight of one or a couple, we finally start mining. 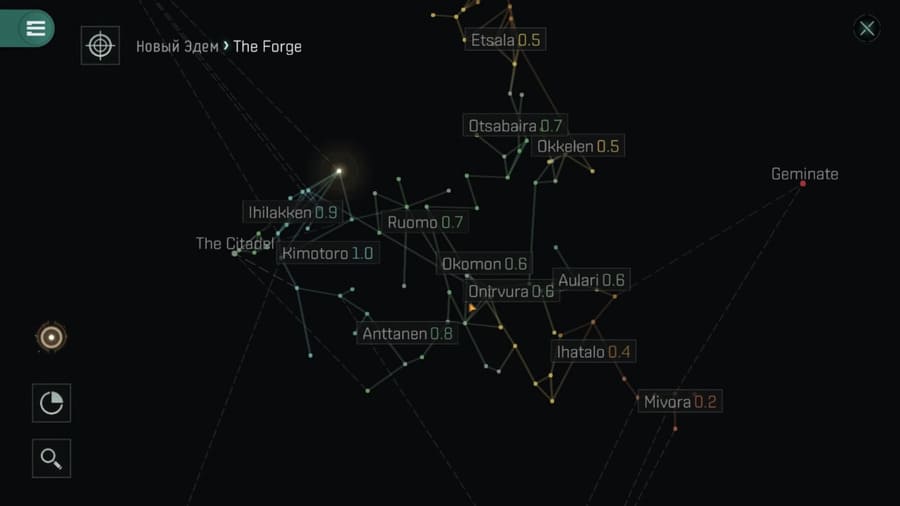 This is a leisurely affair, the whole point of which boils down to hanging in space next to stones, poking at them with a laser and from time to time checking the ship's hold for the amount of free space remaining.

Ventura has a separate cargo compartment for ore with a capacity of 2.5 cubic meters.

Each ore presented in the safe regions of the empire: Veldspat, Skordit, Plagiocaz, Omber, Kernit, etc., occupies a different volume, differs in cost and a set of minerals obtained during processing.

By pumping miner skills, you will increase the volume of ore production per cycle.

In order to become a successful miner in his business, whose activity brings a high level of income, it is necessary to continuously improve skills. That is, to learn more and more advanced skills, which can take many months to develop. Almost all of them are available only with an active omega account, they cost a lot of ISK and require the appropriate technical level of the character.
Let's go back to Ventura. After about half an hour (depending on skills), the ore compartment will be filled to capacity. 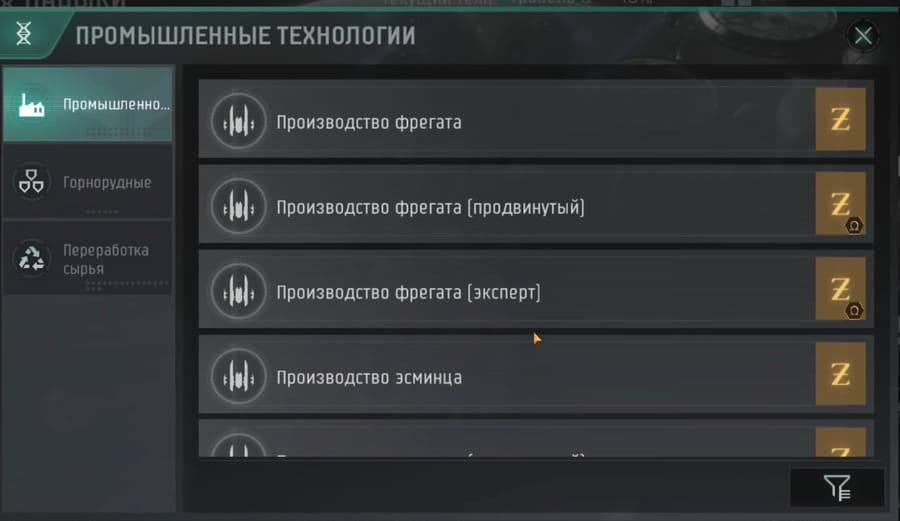 Where to sell for ISK

There are 3 ways to extract ISK from ore:

2. Process ore into minerals and sell them for more efficient processing. Again, you will need to spend time and additionally pump the corresponding skills.

3. Introduce minerals into the production chain. There are a huge variety of skills for this.

If you want to do it yourself, it can take years of leveling up
Therefore, it will be easier and more logical to team up with other players to distribute roles and responsibilities, where some mine, others build, and so on.

For example, the Jita 4 Moon 4 station is perfect for the first way of selling ore. Once again, with a fight, we break through the crowds of brothers in misfortune, dock and perform the actions that are already familiar to us: we throw ore from the ship's compartments to the station's warehouse.

Sometimes, for convenience, it will not be superfluous to put all the items in the warehouse in a pile so that the same positions do not move in different places and do not take up much space, but lie in one pile.

Now you can sell the accumulated. However, don't rush to do it right away.

It will be very helpful to develop the habit of tracking the prices of the item being sold. This ore, like many other things, is bought and sold exclusively by players. They also set the price for which they are willing to buy or sell the product. It could be 5 ISK per unit, or maybe 500.

The higher the demand, the higher the price. And when there is too much of a certain product on the market, everyone tries to sell it cheaper in order to quickly put the proceeds of ISK into circulation. 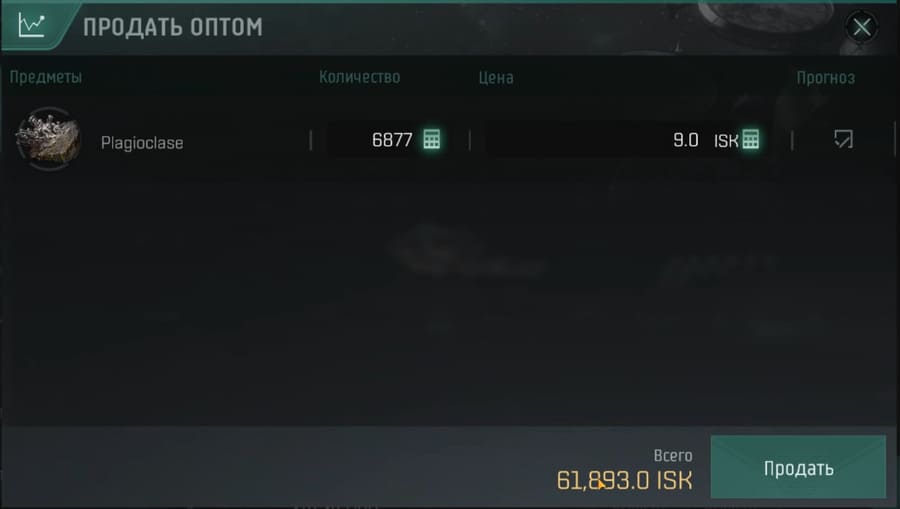 Other ways to earn ISK?

If your intuition tells you that the time spent on mining is not worth the proceeds of ISK, which you can get right now, with an instant sale, it may make sense to pay attention to the completion of mining tasks. They are much simpler than the military in terms of execution. Here, players are required to independently obtain and bring the required amount of a certain ore to the dock of a given station.
Basically, we are talking about small volumes of Scordite, Pyroxeres and so on.
For example, at the fifth tech level, you can take tasks, where 250k ISK is given in exchange for 500 units of Pyroxeres. For this, as a rule, it is required to do 10-14 jumps to the target, sometimes more.

The mining missions are really simple. Perhaps at first they will bring much more profit than a thoughtless instant sale in the market.