Escape from Tarkov is a military MMO that combines genres such as FPS, TPS (first and third person shooter) and RPG.

Game events Escape from Tarkov take place within a realistic setting in the city of Tarkov in Russia. The player will have to fight for members of two private military organizations, which in turn are fighting on the streets of the village, which is surrounded by the UN and the Armed Forces peacekeeping forces.

For gamers who love mining, there is an entertaining farm Escape from Tarkov and special locations for effective mining.

The game has a character leveling scheme, a unique economic system controlled by players, as well as a variety of offline activities.

The variety and variability of leisure activities in the game is impressive. EFT is action, realism with a variety of gameplay elements, story-driven, space for freedom of action and perfect character control.

The game provides a huge variety of weapons and modifications, each of which is created for a specific range of tasks.

The undoubtedly remarkable part of the game is the raids. In them, players face a wide range of threats and dangers: direct opponents of USEC or BEAR, marauders controlled partly by artificial intelligence, partly by other gamers.

In this section you will find actionable Escape from Tarkov guides and a lot of other useful information. 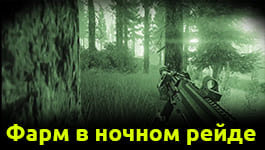 How to earn rubles in Escape From Tarkov, night raid. 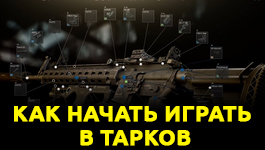 How to start playing Escape from tarkov, a beginner's guide.
All articles